In 1979, I was lying in bed and wondered why people didn’t decorate their ceilings. I began to decorate mine with billowing Indian print bedspreads or tapestries and other things.

In the 1980s, I first had the idea to hang an upside-down Xmas tree from the ceiling, but I didn’t act on it.

In 1998, a co-worker offered me her old artificial tree, and I implemented the idea. I put it up with strings, wire, and push-pins. I strung lights, decorated it, and put presents all around. 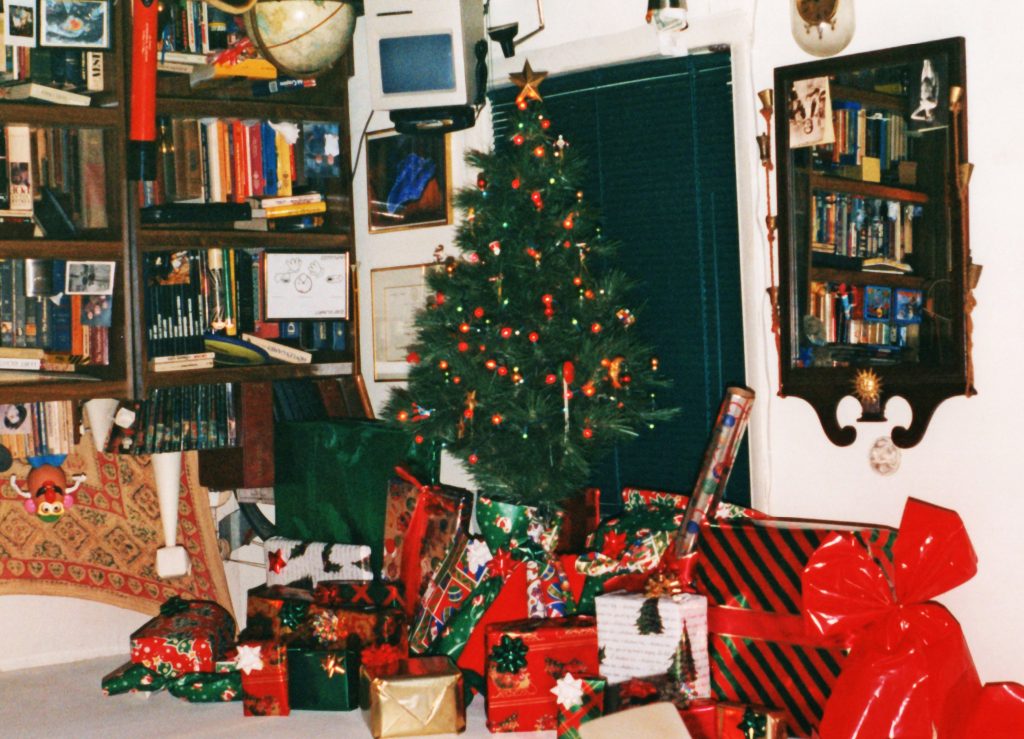 In 1999, I put a toy train around it and decorated the whole ceiling as if it were Xmas morning, and some of the gifts had been opened. I had a chess game in progress, a spilled drink,a Twister game, and various other gifts laying around. 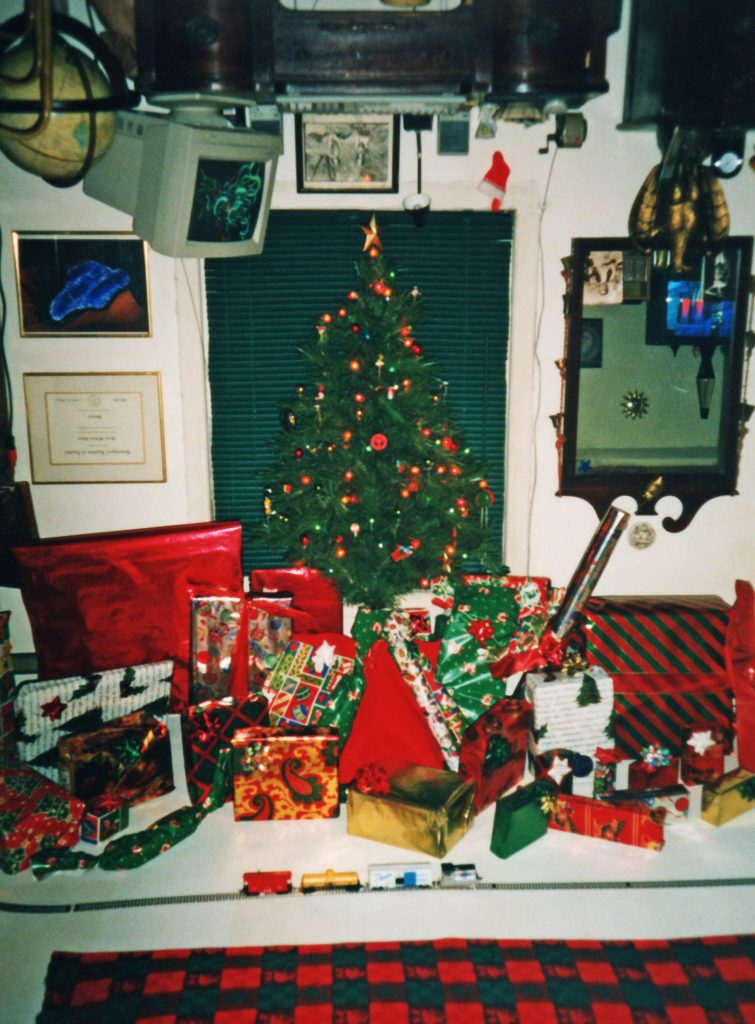 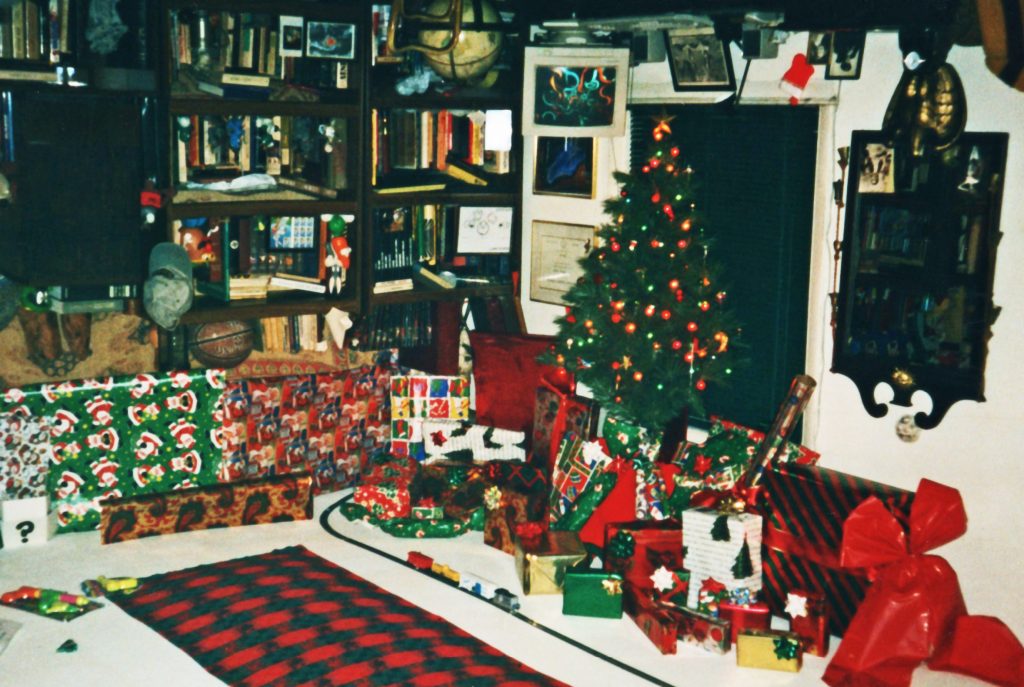 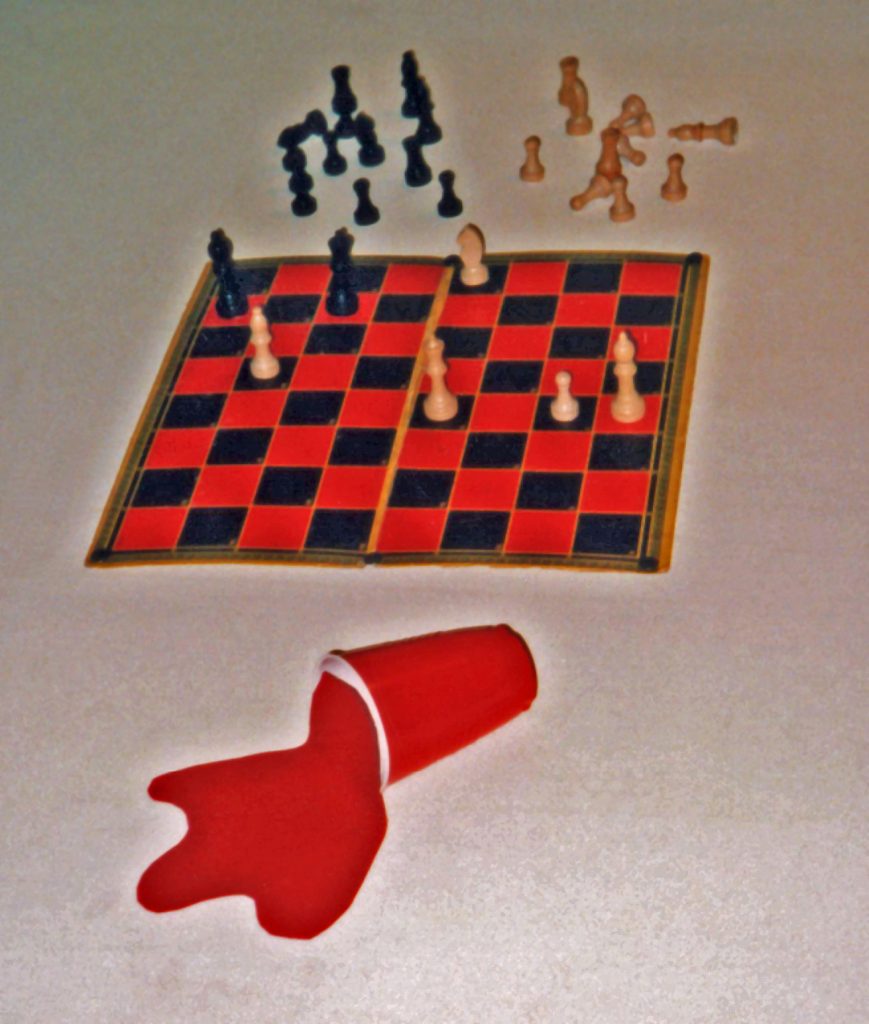 I moved to a new place in 2001 and set it up again on the ceiling of my porch less elaborately. 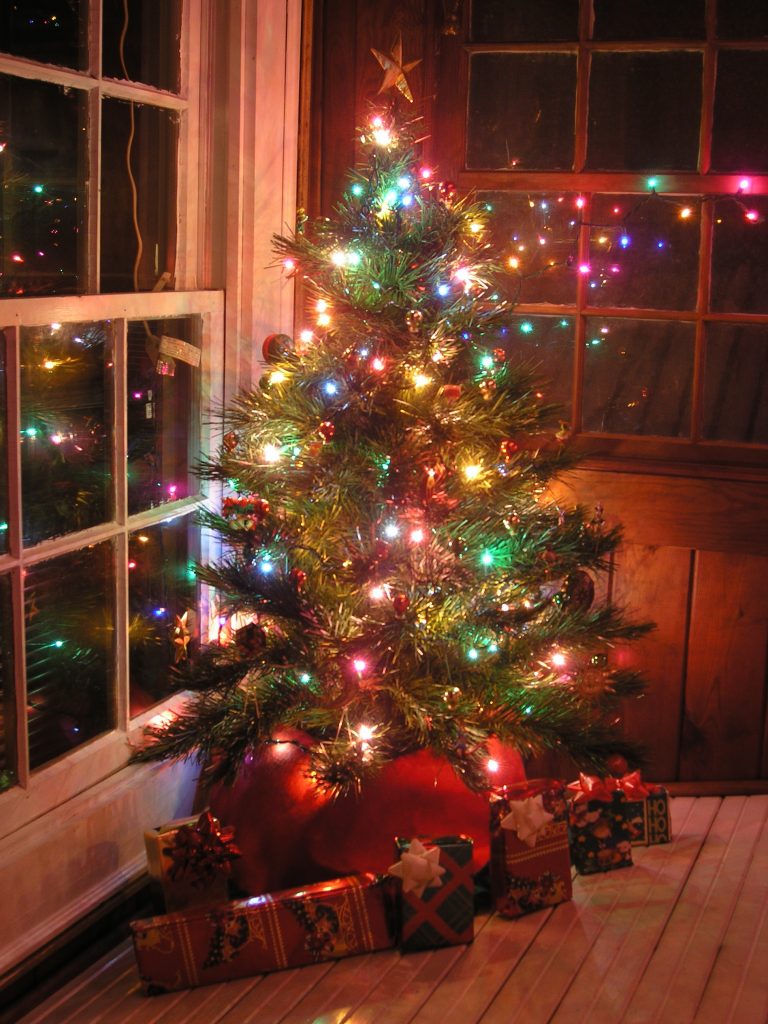 I thought it was a unique idea, but a friend sent me a picture of an upside-down tree in a bar, and I discovered that you could buy variations of the idea online. 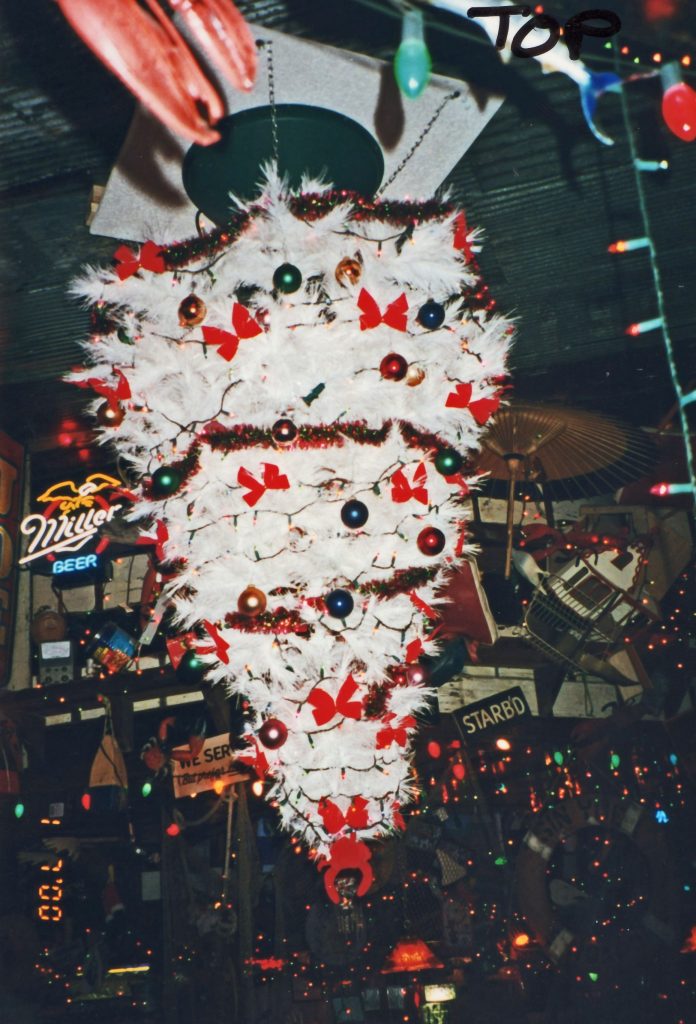 Many years later, my aunt took a picture of an upside-down tree for sale…. 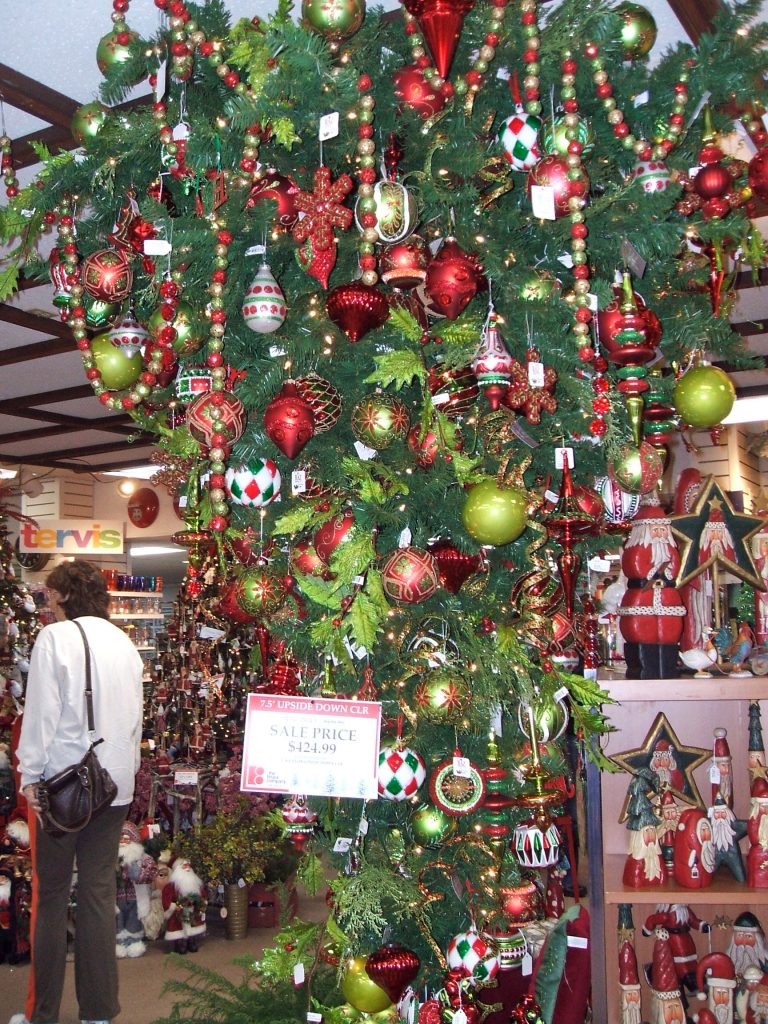 But I’ve never run across anyone who went to the extent of decorating the whole ceiling as I did. 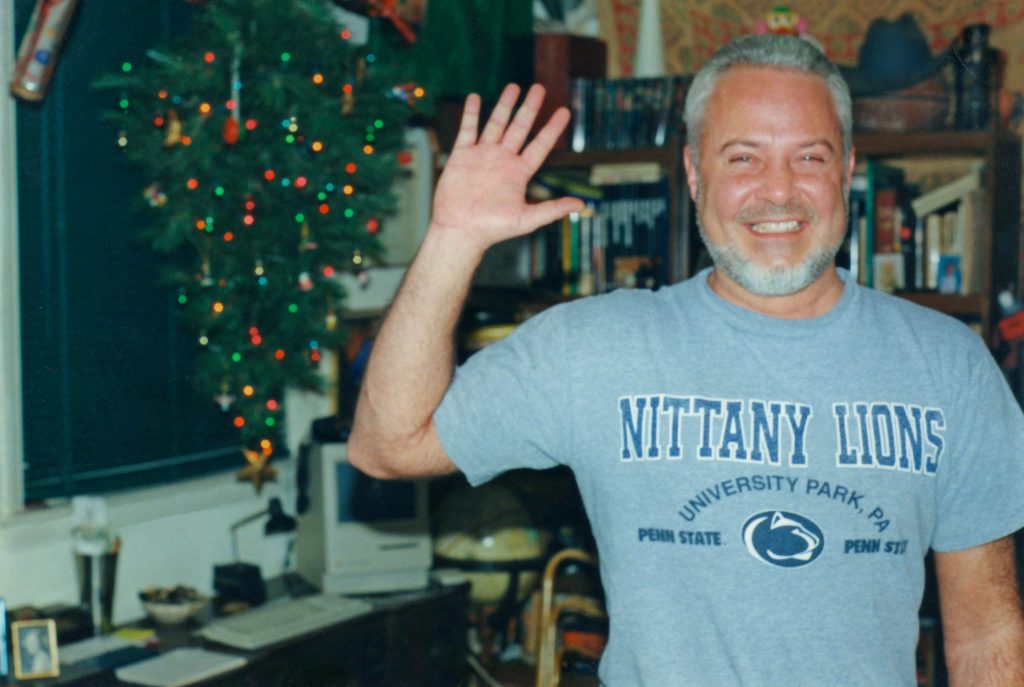