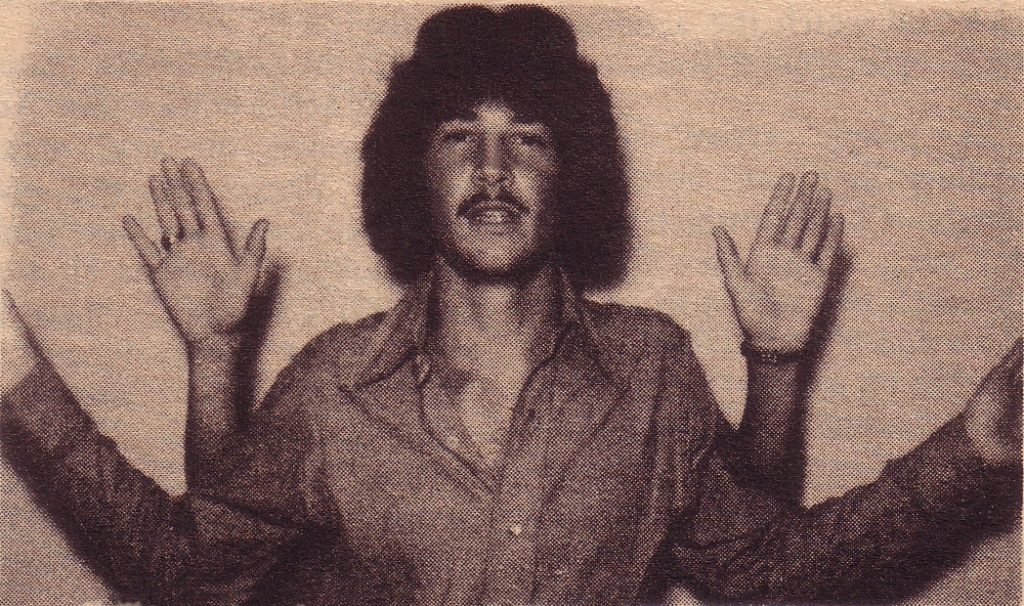 Over the years I’ve used pseudonyms for one reason or another: for writing, to protect my privacy online, or for fun or humor. Here are some of them….

The first pseudonym I ever used was “Humble Jerry.” It was the name I used for a regular column I wrote for my high school paper (see above for the associated picture of me used with the column). I got the name from the speech president Gerald R. Ford gave when he pardoned Nixon. He said, “I do believe, with all my heart and mind and spirit, that I, not as President but as a humble servant of God, will receive justice without mercy if I fail to show mercy.” Rather than using “Gerry” as he was sometimes called, I distanced myself from making a direct reference by using “Jerry” instead. Above is the picture of me used in my column.

This was the second pseudonym I used in the high school paper. It was an unusual combination of words made up to sound like a name if you didn’t know their meaning. In this case I picked a vegetable and facial expression. I even made up a family tree for Celery that included such names as: Asparagus Sneer, Pea Wink, Okra Frown, Artichoke Squint, and Arugula Smile.

In online philosophical forums I sometimes used this name.  Of course, “a priori” is Latin “from former,”  meaning “knowledge that is justified independently of experience,” and  “Arkhai” is from Greek philosophy meaning “first principles” or starting points, so it’s somewhat redundant. I liked the alliteration.

All these were obvious word plays for “human,” “a human,” and “I human.” I thought any of these could be good everyman names.

In religious debates with my brother I got tired of typing out “only son of god” and started to shorten it to the acronym “OSOG.” To tweak my brother a bit, when gmail came out, I decided to get that name for a gmail address, but they required at least 6 characters, so I picked “SOM” or “son of man” to put on the front end. I thought the result ended up sounding like it could be a middle eastern name.

I thought this would be a good name for a pretentious government official, and I used the name in a humor piece. Of course, “spurious” means “not genuine, authentic, or true; not from the claimed, pretended, or proper source; counterfeit” and “Satrap” is a subordinate governor or official.

This is Latin for “therefore nothing.” I thought this would be a humorous name to conclude any nonsense writings.

This is Latin for “without a name.”  I thought it was a good generic pseudonym.

This is Latin for “doubtful name,” which is another good generic pseudonym.

As almost everyone knows, “Anonymous” means “without any name acknowledged and/or known.” I thought it would be interesting to reimagine “Anonymous” as an actual person—possibly an ancient Greek or Roman philosopher referred to with a single name like Socrates, Aristotle, etc.–who had opinions on everything (and seemed to live forever). I also thought it would be interesting to release sayings into the social media under that name. Of course, “Anonymous” could be the first name for A. Hugh Mann.

“Ignotus” is Latin for “unknown.” This would be for any occasion where the imagined person “Anonymous” required a first name. “Ignotus” could also be the first name for I. Hugh Mann.

Early Greek for “nameless.” This one could be used in a similar manner as “Anonymous.”