The Bible is full of contradictions, and anyone can build a God or Jesus in their own image by cherry-picking the parts they like.

The character of Jesus as relayed in the Bible is a mixed bag. It is NOT a consistent message of peace, love, and understanding, despite what so many seem to want to believe.

Luke 14:26: “Whoever comes to me and does not hate father and mother, wife and children, brothers and sisters, yes, and even life itself, cannot be my disciple.”

Matthew 15:22-26: “A Canaanite woman from that vicinity came to him, crying out, ‘Lord, Son of David, have mercy on me! My daughter is suffering terribly from demon-possession.’ Jesus did not answer a word. So his disciples came to him and urged him, ‘Send her away, for she keeps crying out after us.’ He answered, ‘I was sent only to the lost sheep of Israel.’ The woman came and knelt before him. ‘Lord, help me!’ she said. He replied, ‘It is not right to take the children’s bread and toss it to their dogs.'” [Although, he did eventually help her, he basically calls non-Jewish people “dogs.”]

He curses a fig tree to death for not bearing fruit out of season [Matthew 21:19], and he seems to disregard the poor when he is advised that the costly ointment being used on him could be sold to help them (“The poor you will always have with you” -Mark 14:7).

Also consider that most Christians believe in the idea of the Trinity, that God, Jesus, and the Holy Ghost are one God, that they are “co-equal, co-eternal and consubstantial, and each is God, whole and entire.”

However confusing this might seem to be, it means that Jesus is also responsible for all the mean, nasty, insane, and genocidal stuff the character God was supposed to have done in the Old Testament as well. 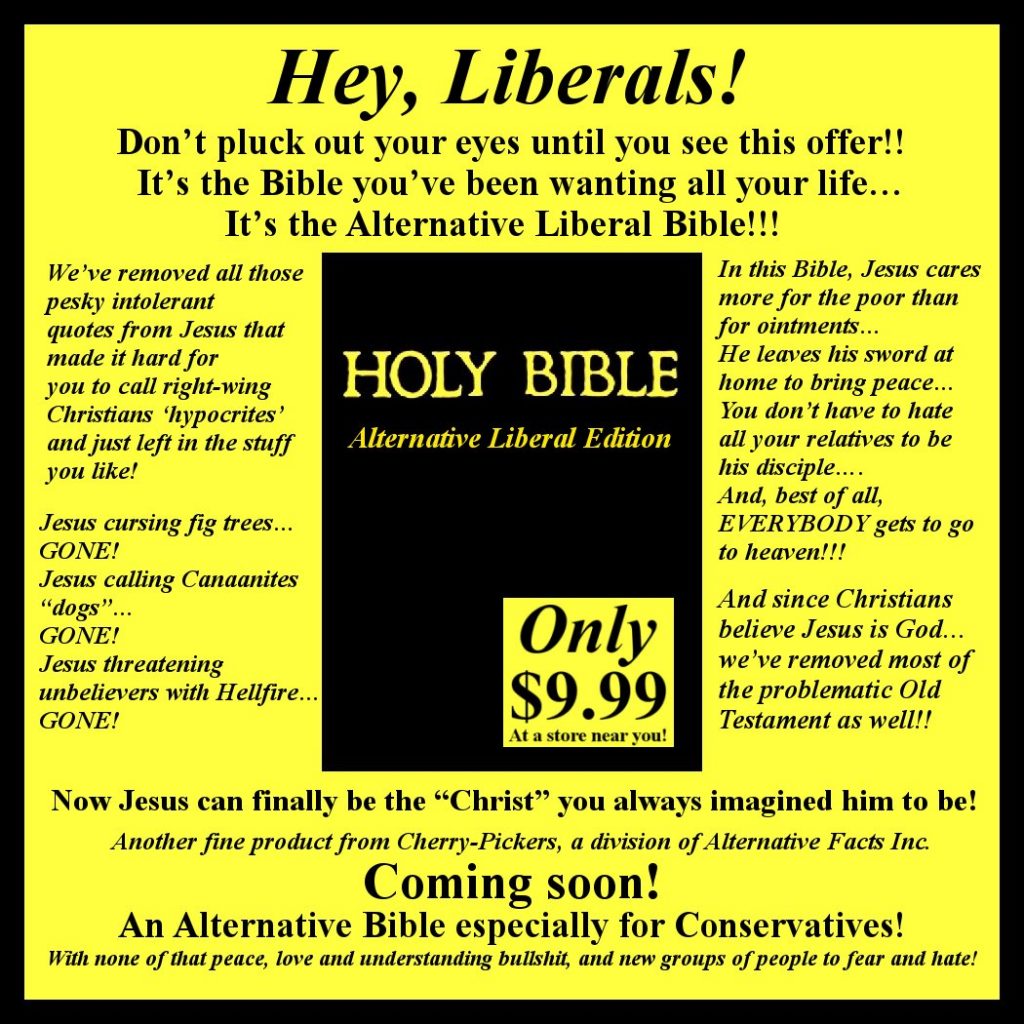