“The whole country will reap the whirlwind.” 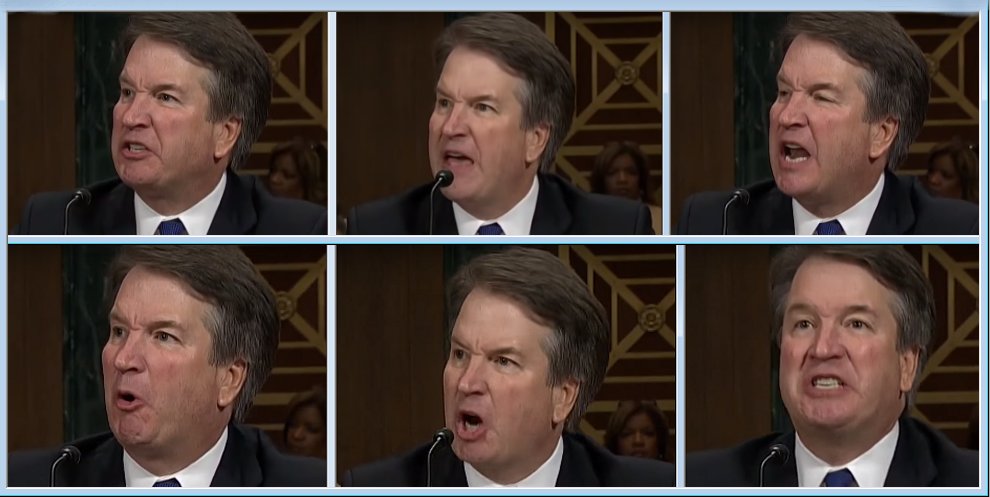 I can’t know if Brett Kavanaugh really believes he is innocent or not. Despite his denials about ever having an alcoholic blackout, he may have been so drunk that he doesn’t remember (which I think is much more likely considering all the overwhelming evidence of his excessive drinking than it is that Christine Blasey Ford mistook him for someone else), and/or he may have spent so much time polishing up his own halo over the years that he has convinced himself he could never have done such a thing. An alcoholic blackout is the best explanation for those who think they were both credible and don’t know who to believe. Regardless, I find her much more credible.

The contrast between Ford and Kavanaugh’s testimonies on Thursday were striking…..

While she was accommodating, he was angry.

While she was polite, he was petulant.

While she was courteous, he was aggressive.

While she was deferring, he was threatening.

While she was apolitical, he was nakedly partisan.

Had Ford acted like Kavanaugh, she would have been dismissed as a “hysterical woman.” Instead, he is praised by Trump and Fox News (sic).

Also… while she welcomed further investigation, he wasn’t able to bring himself to say that he did when asked directly.

I thought that part was interesting. In his opening statement he said, “I know that any kind of investigation—Senate, FBI, Montgomery County Police, whatever—will clear me.” Yet, when he was asked to request just such an investigation, he couldn’t do it. Instead, he didn’t seem to believe a FBI investigation would be able to accomplish anything, and he was dismissive about it.

He would have been much more credible had he asked for one, and even more so, if he had demanded one. He could have at least said that despite not believing such an investigation would accomplish much, he would ask for one. That he didn’t was clearly a mistake in retrospect considering one will be conducted anyway.

I also think it was interesting that when pressed directly about his excessive drinking, his go-to move was to evade and start reciting his resume… as if a straight A honor student and captain of the football team couldn’t drink so much he could have an alcoholic blackout. It was the same strategy he tried to use in his Fox interview by implying that a church-going virgin couldn’t sexually assault anyone. Also in his Thursday testimony, he kept bringing up the testimonies of people who had said they weren’t there or couldn’t remember (including Ford’s friend) as if that was evidence in his favor (when it wasn’t evidence for either of them). You would think a judge would know what constituted relevant evidence.

James Roche, Brett Kavanaugh’s roommate at Yale University in Fall 1983, said, “…although Brett was normally reserved, he was a notably heavy drinker, even by the standards of the time, and that he became aggressive and belligerent when he was very drunk.”

Kavanaugh evidently didn’t need to be drunk to display his “aggressive and belligerent” side when he gave his testimony. He talked over senators’ questions and inappropriately/irrelevantly threw their questions back at them. He was angry, petulant, and occasionally indignant and sneering. At times he seemed to be out-of-control.

There are also examples of him being evasive and deceptive about what he wrote for his 1983 yearbook personal page that are being cited elsewhere, so I’ll not go into all that here.

Additionally, unlike his previous appearances before the committee, he was blatantly partisan and threatening saying, “what goes around comes around,” “The consequences will extend long past my nomination; the consequences will be with us for decades,” “You sowed the wind for decades to come,” and “The whole country will reap the whirlwind.”

When comparing his behavior in earlier testimony before the committee with Thursday’s, it was like watching Dr. Jekyll fight against transforming entirely into Mr. Hyde on live TV (complete with the contorted facial expressions).

Virginia House Del. Danica Roem (D) had this to say about his testimony on Twitter: “Tip: If you’re being nominated for a nonpartisan position as a neutral arbiter on the Supreme Court, attacking ‘the left,’ ‘Democrats,’ ‘the Clintons’ and ‘the media’ in your opening statement while noting there will be reprisal for years to come is, well, disqualifying.”

If anything was proven beyond a reasonable doubt coming out of Thursday’s hearings it is that Brett Kavanaugh doesn’t have the judicial temperament to sit on the highest court in the land. And it was Kavanaugh who provided that proof. 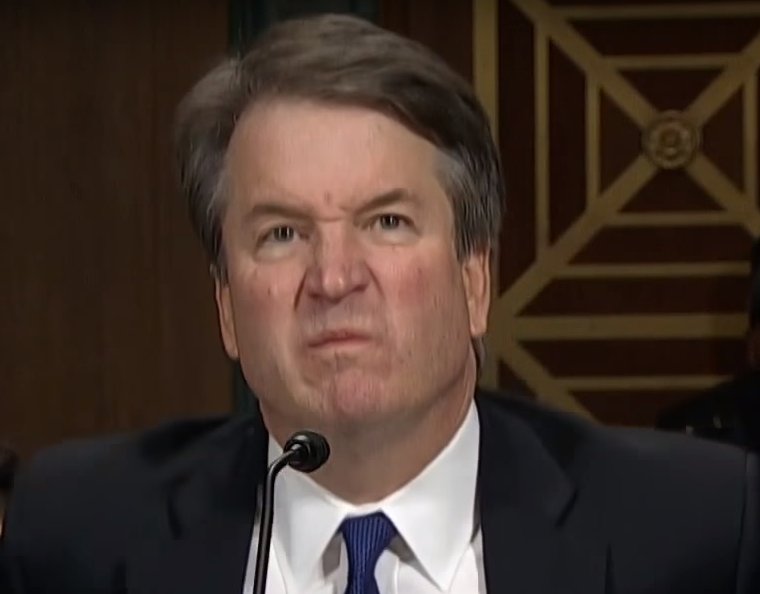